Disclosure of Material Connection: I have not received any compensation for writing this post. I have no material connection to the brands, products, or services that I have mentioned. I am disclosing this in accordance with the Federal Trade Commission's 16 CFR, Part 255: "Guides Concerning the Use of Endorsements and Testimonials in Advertising."

It wasn’t supposed to be like this. I had come to terms in 2015, that a chemical pregnancy meant there was something wrong from the get go, that my body was helping me to not suffer by having a loss so early that only blood tests could confirm the pain and symptoms I had. I didn’t let it eat me alive. I tried to move on. Knowing, that one day we would successfully get pregnant again. Our son would have a baby brother or sister. It would have been helpful if my cycles were a little bit normal. Nothing normal seems to ever be protocol in my life.

Here we were, pregnant. The first visit to the OBGYN office, was after a visit to the ER, where I had spotting for a few days. Nothing too extreme, but enough to cause me to worry. I knew my cycles were off and I ovulated a week later than the typical 14 day estimation. So when they stated that they only saw the gestational sac and the yolk sac, there were no worries. The blood test however, HCG reading, led me to believe things were going to go downhill fast. An appointment a week later would confirm that my HCG was not doubling nor rising a lot. Though, sometimes that isn’t a tell tale sign.

At the seven week mark, I went in to the office, alone. They asked if anyone was with me, I stated I was alone. The Doctor pretty much prepared me for the worst, but did state that HCG does not mean everything. I was ready for the bad news. The ultrasound tech, started the process, and there it was, an embryo and a heartbeat. This baby was existing, the fears released. Then I seem to forget, my luck has not been favorable the past few years.

The next day, I was going to the emergency room. After waiting hours and having to go get ultrasounds twice, the one person I disliked the most in that hospital, came to tell me they saw no embryo and no heartbeat. To go confirm with my OBGYN. I was numb. Probably really cranky and really hungry. The moment we walked outside and the sun hit my face I broke down in tears. How had something so real yesterday been so fake and cruel a day later? We called the OBGYN office and they said they could take us immediately.

As the ultrasound tech walked out and had her head hung down, I went back. My husband was with me through both these daunting waits. You could she was holding back tears before we even started. It’s like the heartbeat of yesterday was a hazy dream. As she started the procedure, she clearly did see an embryo (As the hospital stated they did not) but again, no heartbeat. Somewhere in that twenty four hour span of my life, my baby stopped living and became the next most painful heartbreak in my life after losing my Mother last year. The dreams, hopes, and desires…..halted.

The rest was a blur when the doctor walked in. I was told it normally is the females chromosome issues, I should wait six to twelve months to try again but I am coming up on 35, so be aware of that. I should lose 20-30lbs, the list goes on….all I could think about was that this man was not the man I wanted near me over three years ago when I was pregnant with my son and I certainly do not want him near me in a week when they give me a check up and see how the miscarriage is proceeding. Yes, the miscarriage. The dirty word that taints the glow of pregnancy. One day I am dry heaving and dreaming of that big belly and the next I am just bleeding, in pain, barely able to function from the onslaught of cramping, blood, and depression.

Nothing I could Google would prepare me for losing my child at seven weeks pregnant. Nothing could prepare me for the emotions, the anger, the resentment, or the massive amounts of tylenol and toilet paper I would need to survive.

Nothing could prepare me to realize who in our lives gave a shit about us and those who would pull the wool over their eyes, not saying a word, ignoring the fact that life isn’t pretty and wrapped up a bow. That bad shit happens to good people.

When people you claim to love and care about, are suffering, but you are too wrapped up in other things to offer condolences let alone a one lined sentence of “I’m sorry for your loss”….yes, when the dirty word “miscarriage” happens…you have the ones who pour on sympathy, the ones who ignore everything, and the ones who think life just goes on and you should get over it and look to better days. Miscarriage pain isn’t just about what is happening inside a woman who is losing her baby, but it piles on as the world around her doesn’t bat an eye, because that baby did not exist to them.

I’m here to say, you have the right to ignore those people, to write people off that show no love or compassion, and if you need to, imagine punching others in the face. Some people are ignorant to the loss of an unborn child. Some people can’t find a way to show they care because it’s easier for them to look past it all.

The pain a woman feels is not just from her body rejecting this baby. The pain can stem to loneliness, isolation, emptiness, hurt, bitterness, just to name a few. The pain I am experiencing in the form of cramping, my hips, my head, my neck, or overall drain from loss of blood and energy…is nothing compared to the pain in my heart and head. If one more person tells me that I need to stop sleeping so much and just get back to work, I may snap! It has not been even a week since the miscarriage started.

A week ago, I had a heartbeat. I had hope. I had smiles. Grief comes in all forms. When you find out someone you love is or has suffered a miscarriage, let them be sad, let them be bitter, let them heal on their own terms.

If you find someone has written you off after such a personal loss, maybe they came to find out you weren’t someone worth confiding in, being around for the good stuff, but ignoring the bad, just makes you another hurdle in the grieving process.

If you have suffered a loss, know you are not alone. Nothing I can say, can heal you or your emotions or emptiness. Just know, I stand beside you and know that this is nothing I would wish even on my worst enemy. If you are a person who knows someone who has suffered a loss, decide early on if you are going to be someone they can look to for comfort or someone that needs to exit their life so they don’t have to have such a bad aura surrounding them as they move on in their future. There are multiple kinds of people in this world, some are meant to be in your life, others are not. Most people will see the truth during the death of a loved one, losing an unborn child is no different. Some peoples intentions or personalities become crystal clear. 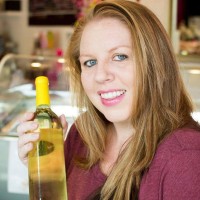 I'm the owner of Mommy Needs a Bottle . I'm a 30- something wine enthusiast that resides in Tampa, FL. I love family traditions, traveling, cooking, baking, reading, fashion, tattoos, beauty products, and being a Mommy! I have a background in marketing, public relations, copywriting, and sales.

« Absolutely Adorable Gifts for Couples
Get #RedBaronHolidaySavings with an Ibotta Rebate » 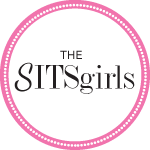